We Welcome you to enjoy Our services of international standard at a surprisingly cheap rate ,Better And Reliable Service Like any other business, our supreme priority is quality. It goes without saying that we have some of the best cars in our fleet which are all well maintained and tested for maintenance before the commencement of any trip. Our workforce including our drivers and administrative staff discharge their duties with a lot of efficiency.

Our reputation has been built on its untiring efforts to combine impeccably maintained cars, new technologies, outstanding service, ease of booking and a support system that is operational round-the-clock. In India, it has a vision to continue to build an infrastructure for car rental operations which would be second to none and would meet the highest expectations of business, corporate and leisure travellers.

Tiru travels will ensure every need of the customer to have a long lasting customer relationship which earns us a good brand image and to generate more delightful entity to us because; every client will carry the sweet memories and association with us. We assure that Tiru travels will render world class service to every customer by ensuring passenger comfort.

Places to visit in tiruvannamalai 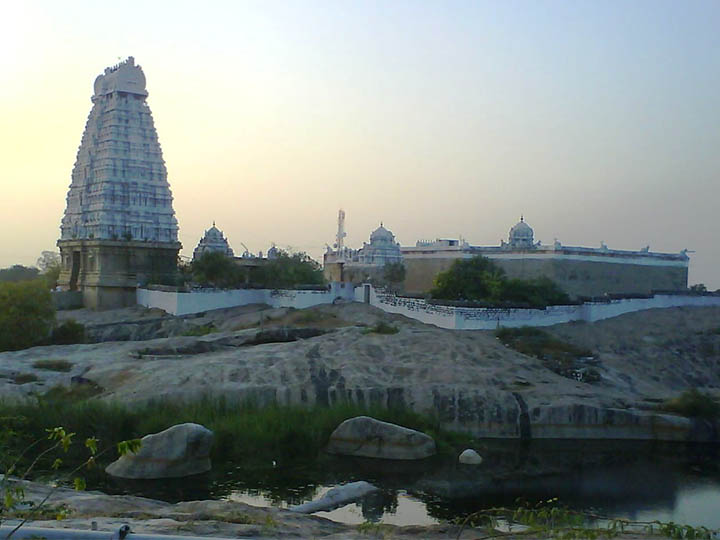 As we enter the temple complex, we see two small feet on a stone pedestal. Whose feet imprints are these? When Thirugnanasambandar,part of the famous quartet of Samaya Kuravars and one of the nayanmars , a child prodigy and a great devotee of Lord Shiva, visited this temple, during the 7th Century, people from other faiths had blocked the entrance with boulders to prevent him from entering and worshipping here. However, when Thirugnanasambandar, sang verses in praise of the Lord, the boulders moved, giving way for him to enter the temple. On entering, his disciples showed him Tiruvannamalai from where he stood. 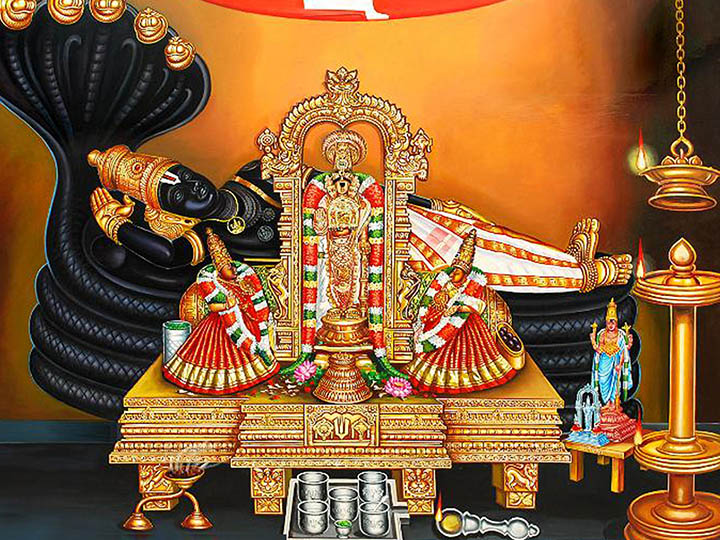 Located about 30 South south of tiruvannamalai on the banks of the now completely dry South Pennai river is Adhi Thiruvarangam, an almost unknown and yet, one of the oldest temples for Lord Ranganatha. This temple dates back to the first Yugam (Kretha Yugam) and the first Avathaaram (Matsya Avathaaram). Hence, this Kshetram is referred to as ‘Adhi’ Rangam. Lord Ranganatha is seen in a gigantic east facing sleeping posture and measures over 15 feet, not seen in any Divya Desam. 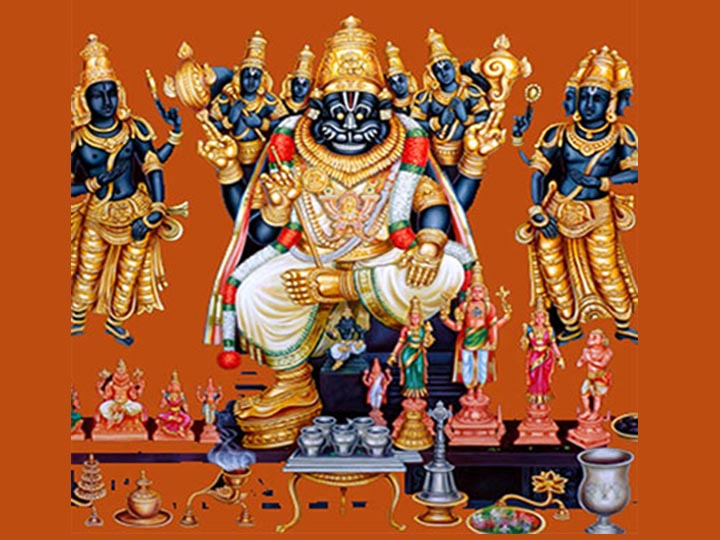 Ancient temple built by Vasantharaja of Vriddachalam is one of the four Narasimha temples in the Villupuram region . Prarthana Sthalam- Debts, Enemies and Diseases are said to go away if one offers prayers at this temple. Located around 25kms South West of Villupuram and 3kms west of the Kedilam Cross Road off the Chennai-Trichi National Highway is the1800 year old Lakshmi Narasimha temple in Parikkal. This is one of the four Narasimha temples in this region. The others being Anthili (near Thiru Kovilur), Poovarasan Kuppam (15kms North of Panruti) and Singiri (12kms South of Pondicherry). Also, there is the Sayana Narasimha in Thiru Vathigai in Panruti. 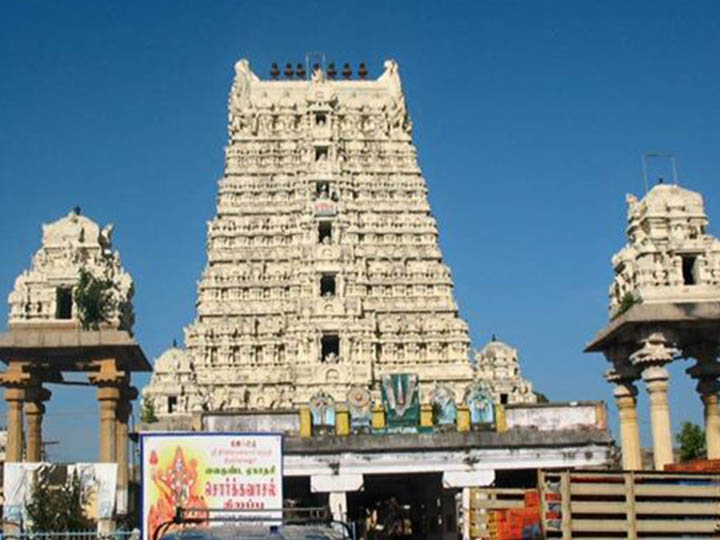 Ulagalantha Perumal Temple is a Hindu temple dedicated to Vishnu located in Tirukkoyilur, Tamil Nadu, India. Constructed in the Dravidian style of architecture, the temple is glorified in the Divya Prabandha, the early medieval Tamil canon of the Azhwar saints from the 6th–9th centuries AD. It is one of the 108 Divyadesam dedicated to Vishnu, who is worshipped as Ulagalantha Perumal and his consort Lakshmi as Poongothai. As per Hindu legend, Vamana, a dwarf and an avatar of Vishnu, appeared here to quell the pride of Asura king Bali. 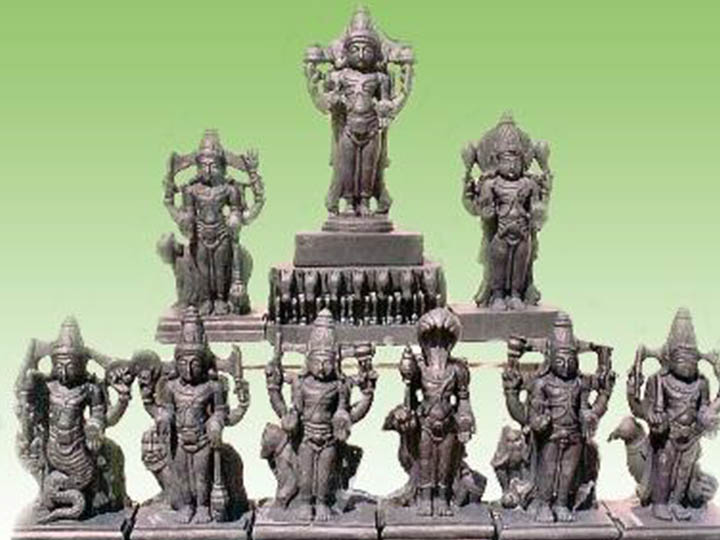 The Navagraha temples in Tamil Nadu are a cluster of Navagraha Temples dating from the Chola dynasty near Kumbakonam in Tamil Nadu. As per Hindu legend, Sage Kalava was suffering from serious ailments along with leprosy. He prayed to the Navagrahas, the nine planet deities. The planets were pleased by his devotion and offered cure to the sage. Brahma, the Hindu god of creation, was angered as he felt that the planets have no powers to provide boons to humans. He cursed the nine planets to suffer from leprosy and were sent down to earth in Vellurukku Vanam, the white wild flower jungle - the modern time Suryanar Kovil. 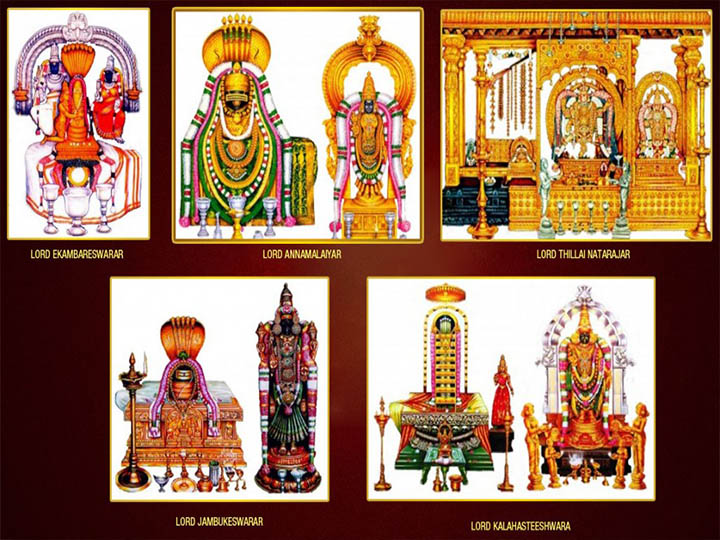 According to Hinduism, life and the various species originated by the combination of planetary globes and the five manifestations of nature namely air, water, fire, land and sky. Bhoota(Sanskrit:भूत) in Sanskrit means compound and maha bhoota indicates a big compound. According to Ayurveda, an ancient Indian medical system, the equilibrium of the body with the pancha bhoota is governed by the principles of tridoshas -kaph(phlegm), pitta(bile), vayu(gas), dhātu and malas(waste products). Rabindranath Tagore, a nobel lauerate for literature, in his poem, Pancha bhoota, has explained the emotional faculty of the human mind is keenly sensitive to all objects of light, colour, sound, effect of speed, sun, moon and stars.